From edge to exascale: HPE announces our expanded compute portfolio to power digital transformation. Get the latest news on HPE ProLiant DL360 and DL380 systems, HPE Synergy 480 systems, and HPE Apollo 2000 systems plus HPE Cray EX supercomputers. Everything you need to know is all right here, right now. 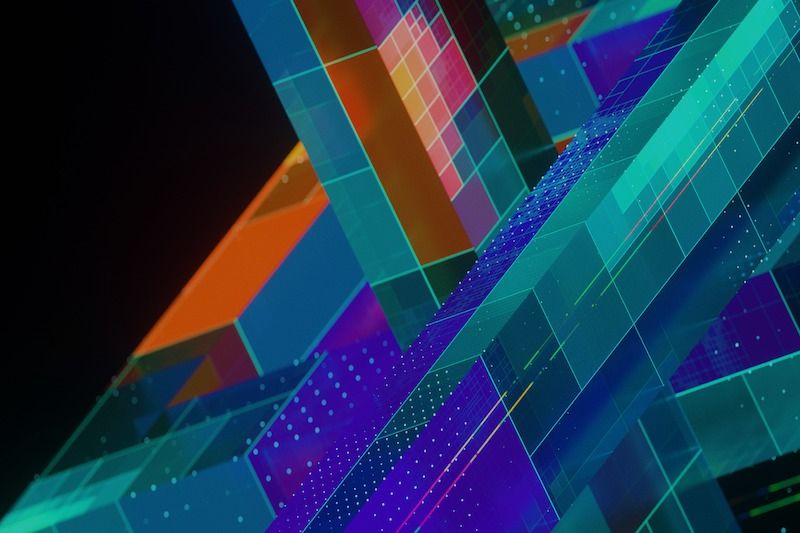 Today’s organizations are increasingly on a path to evolve their edge-to-hybrid cloud IT estate in support of new business models. The goals driving this evolution? Unlocking the agility, operational efficiency, and innovation potential presented by digital transformation. ?

How big is this digital transformation?

IDC estimates the economic value of digital transformation will represent almost $19 trillion, an amount equivalent to 20% of global GDP. As a result, this drove an estimated spending of $1 trillion worldwide in 2020 as organizations increasingly pursue transformation initiatives.1

Both the scale and complexity your organization is facing can be daunting, to say the least. Between your company’s vision and realization of your digital transformation, numerous obstacles stand in the way. And these familiar questions arise:

And on top of all that, how can you deliver services faster and simplify you IT operations—all the while creating a highly secure and efficient environment that supports all types of workloads?

To survive, you need differentiated and workload-optimized technology to deliver the latency, flexibility, and performance needed to turn data into insights and innovation at the speed of business.

Experienced companies know that compute infrastructure matters as they grapple with requirements for new workloads, larger data sets, and processing from edge to cloud.

As organizations strives to meet new requirements—in combination with the ongoing complexity from application interdependencies, security, and regulatory requirements, it’s estimated that approximately 60-70% of their applications will continue to remain on premise for the foreseeable future, due to a variety of factors such as costs, complexity, lack of automation, security concerns, and more.

This why, now more than ever, compute matters

To enable companies to meet these digital transformation goals, HPE has built a compute portfolio that can stretch from edge to exascale and is optimized for all businesses, be they public or private, large or small.

We’ve talked about the incredible performance of the HPE Core Compute portfolio utilizing the third generation AMD EPYC™ processor; how our portfolio of AMD-based platforms has doubled with the introduction of the HPE ProLiant DL345 and DL365 systems.

Now we are expanding the portfolio even more

This means that customers will benefit from a wide variety of cost-efficient performance platforms when integrating more workloads into standardized environments.

Another significant enhancement is the migration of Intel's SGX, or Software Guard Extensions, down to this new 3rd generation Xeon processor. This means that when you are running certain workloads that require additional security for data management applications, you will now be able to leverage that technology in HPE's ProLiant DL360 and DL380 Gen10 Plus servers.

HPE is also excited to be introducing a brand-new ProLiant line, the HPE ProLiant DL110. The HPE ProLiant DL110 Gen10 Plus offers a 1U, 1P-optimized architecture for telco customers shifting to RAN virtualization at the edge while rolling out 5G capabilities.

HPE Edgeline Converged Systems are designed to deliver unprecedented levels of compute, storage, and networking performance at the edge.

Both the HPE Edgeline Converged EL8000 and EL8000t are Size-Weight and Power-optimized (SWaP) and ruggedized to operate indefinitely at extended temperatures of 0–55 degrees Celsius ambient and meet NEBS Level 3 certification. Both will be available this summer.

Doubling down on workload optimization

The core performance upgrades along with AMD Infinity Guard give these platforms the ability to stay secure while densely packing virtual machines onto a system within virtual desktop infrastructure (VDI) environments. Increases in memory optimization as well as the availability of 128 PCIe Gen4 I/O lanes mean there is ample throughput to handle the deluge of data in data management and analytics workloads.

HPE Synergy 480 Gen10 Plus gets big performance and capacity boosts

HPE Synergy is a composable, software-defined infrastructure for hybrid cloud environments—enabling you to compose fluid pools of physical and virtual compute, storage, and fabric resources into any configuration for any workload under a unified API, all available as a service through HPE GreenLake.

Available this summer, HPS is also introducing HPE Synergy 480 Gen10 Plus, with an all-new design around Intel 3rd Generation Xeon Scalable Processor. It provides up to a 40% increase in performance2 over earlier generations, achieved with improvements to the product line design around the processor, memory, storage, and boot options.

The HPE Synergy 480 Gen10 Plus compute module delivers the performance, efficiency, and flexibility of a 2-socket workhorse to support the most demanding workloads with:

With these improvements and memory capacities up by 1.6x and bandwidth up by 10%,3 organizations can remove the bottlenecks and increase data throughput with compute to fabric PCIe 4.0 performance—accelerating business insights for faster business outcomes. HPE Synergy 480 Gen10 Plus with Intel 3rd Generation Xeon Scalable Processors, latest memory, more storage capacity and controllers, and variety of GPU options within a composable architecture make HPE Synergy ideal for any of your critical workloads today and tomorrow.

And now moving on to the HPE Apollo and HPE Cray family portfolios.

Purpose-built to support HPC applications such as modeling and simulation, HPE Apollo systems help organizations of any size accelerate business and research outcomes by efficiently processing large amounts of data and turning them into digital models to understand how something will look and perform in the real world. The systems are also optimized for artificial intelligence capabilities to improve training and increase accuracy in results. HPE is introducing the HPE Apollo 2000 Gen10 Plus and HPE Apollo 6500 Gen10 Plus systems with the 3rd Gen of AMD EPYC™ processor to deliver even more performance, efficiency and targeted capabilities for HPC and AI workloads.

The Apollo 2000 Gen10 Plus System will additionally support the 3rd Generation Intel Xeon Scalable processor. This system is a density optimized, multi-node system for mainstream HPC and AI applications. It’s ideal for small to mid-size HPC clusters in traditional enterprise data centers—and you can fit up to 80 of these servers in a standard 42U rack. It’s well suited for HPC workloads and can also work well in enterprise applications where data centers need higher density than a standard 1U server. 3rd Generation Intel Xeon Scalable processor bring more advantages, including  Intel Advanced Vector Extensions 512 (Intel AVX-512) for efficient performance, Intel Speed Select Technology for optimal workload support and flexibility and built-in AI Acceleration and security.

The enhanced HPE Apollo systems also enable the new HPE GreenLake cloud services for HPC which are fully managed services, allowing any enterprise to benefit from the power of an agile, elastic, pay-per-use cloud experience to tackle their most demanding compute and data-intensive workloads and speed time-to-insight through a flexible as-a-service platform that customers can run on-premises or in a colocation facility.

HPE Compute stands ready to help with your digital transformation

For success in this next wave of digital transformation, you need a trusted partner—not someone who can only deliver “boxes.” For this transformational journey ahead, you need a partner with expertise that only comes from decades of innovation and execution—a partner that delivers operational agility through workload optimized solutions, built on the best systems in the industry for digital transformation. This means systems that are deployable and manageable ANY where you need them at ANY scale you need them—while offering the ease of use, speed, and value to accelerate your next great customer experience, your next product innovation, and your next great mission.

Only HPE Compute can provide these capabilities as a service. We stand ready to partner with you to deliver your customers’ needs for the next digital decade. Powered by transformed compute solutions—from edge to enterprise to exascale—HPE is your competitive advantage.

2 Based on Intel Performance Testing

3 Based on HPE Internal calculations based on hardware